RFID Tracking System is a smart application of RFID technology that can enable parents to rest with peace of mind. RFID stands radio frequency identification, which is a technology involving the radio frequency (RF) bandwidth for identifying an individual.
RFID uses radio waves to spot a person or a thing. Use of RFID technology is safe, comfortable and secure and majorly used by School Management Systems.
Each student is given a unique RFID card to carry. Everything is automatic. Thus, when the student passes by the monitoring system, or while getting on or down the bus, the time, location and date are recorded and are sent to a secure database.

Why should schools use this?

In a typical school transport scenario in India, parents do want to track their children – if they got off the transport vehicle or there in it. This is one of the most concerned issues as far parents.
Radio frequency identification devices are getting more common in areas such as libraries, passports and payment cards. RFID Tracking System is likely to address all these issues.
Over the years kidnapping children have occurred notwithstanding the precautionary and tracking measures such as CCTV accompanying the police keeping vigil on citizens, India has become kidnappers’ paradise because of the different issues.
In the capital city, New Delhi, data from the police and Ministry of Women & Child Development shows 20 children go out of sight every day. And of those going missed only 30% come back home.
And, 29,663 minor children reportedly have gone missing. The police failed to trace as many as 19, 832 of them according to IndiaToday 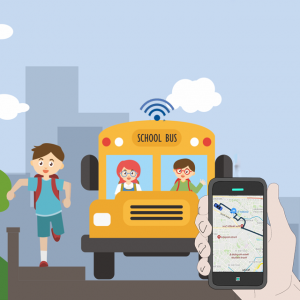 Transporting students is a major responsibility for both parents as well as school authorities. It can determine the quality and capability of organizational leadership at the school level.
Adhyapana RFID Tracking System is convenient for all stakeholders – students, parents, school authorities including the heads of the institution, transport personnel (driver, helping staff, etc.), and all those involved in the transport of students to school and back home.

A teacher can’t manually take attendance daily as there are chances of bogus. Many a time child is not present in the classroom but other child marks his/her attendance. These kinds of mischievous activities will be abolished with the help of RFID Tracking System. So, with Adhyapana RFID tag embedded in every child’s ID card, their attendance will be marked automatically.
Children’s activities are monitored and parents get to know with cent percent definiteness. As soon as the student enters the school, an alert reaches parents and such message is also sent to schools when students reach home as well. Adhyapana RFID Tracking System ensures the child is tracked until he/she reaches home safely. 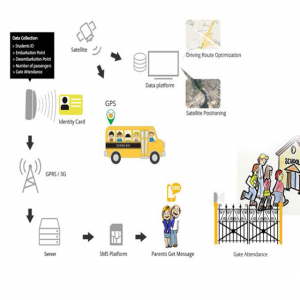 Other Services We Serve